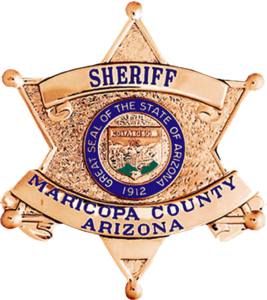 September 17, 2018, (Phoenix) – Mobile Concepts Technology (MCT), a distributor of rugged technology devices for government agencies such as fire departments, law enforcement, EMS, and state and local departments, recently contracted with the Maricopa County Sheriff’s Department (headquartered in Phoenix, Arizona) for the largest order of Panasonic Toughbook 33 rugged laptop computers (871) by a major agency in the state of Arizona. The computers will be used by officers in patrol cars throughout the county.

The Panasonic Toughbook 33 is the first fully-rugged 2-in-1 device of its kind, offering rugged flexibility for those who work in demanding conditions, such a public safety officers. Toughbook 33 features a 3:2 display and backward compatibility, a bright 12″ detachable screen with infrared camera for Windows Hello support, hot-swappable twin batteries, and a choice of keyboards. This device is was created for rugged mobility.

There is an increasing requirement for rugged devices to meet the specific demands of mobile field professionals working in harsh environments. Safety personnel requires access to technology that helps them respond to calls, identify threats, and communicate with other officials from their vehicles, on foot, or from department headquarters. Rugged computers are reliable and can withstand heavy use and handling. Laptop computers are increasingly replacing desktop units in offices because their offer flexibility to the worker who needs to stay productive when away from the office.

MCT has been serving the needs of a wide range of public safety agencies and companies since 2008 and is leading national provider of rugged, in-vehicle technology local and state police and fire departments, emergency medical services and other public entities, as well private EMS companies throughout the U.S., and offers National IPA, NASPO, and GSA government contracts. For more information about purchasing contracts, click here.